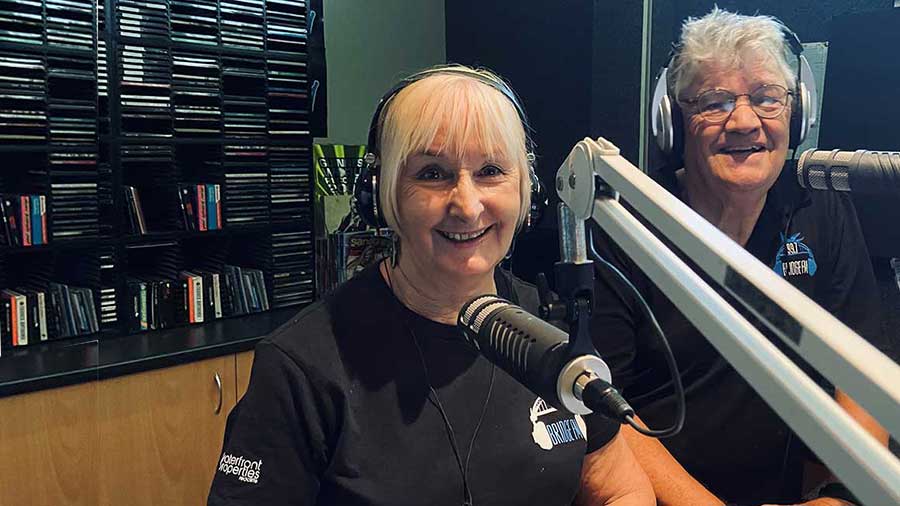 Suzy and Johnny – It Takes Two

Our aim was always to have an ‘Arts & Entertainment’ show. Johnny has been involved in Community Theatre ever since he moved to North Brisbane in 2004 and has gained many friends at various theatre groups. At present Suzy and Johnny are in contact with about a dozen community theatre groups on the Northside of Brisbane. We promote their plays, musicals, cabarets etc by creating community service announcements and interviewing directors and actors about the shows they are producing.

Suzy and Johnny not only attend as many shows that they possibly can, but also seek out local musical talent who have original music. This could be in bars, events, even buskers in markets or in a park or in a doorway and the internet is useful too. To support and promote local musicicians, especially young performers, whether it be solo acts, duos or bands is a very rewarding experience and the talent out there is amazing.

Suzy and Johnny also like to support local Art Societies, Artisans, Authors and well anything that is creative. We have been on air for almost four years and are now usually approached by entertainers to be on ‘It Takes 2’, whereas in the early days we had to seek out all the talent for the show.

Suzy and Johnny are now approaching there 200th show and still “lovin’ it”.